With the notion of science above everything else, a strong tumor research team has been formed, combined with the academic background and interests of the scientists, and concentrated on tackling key tumor science and clinical core issues. 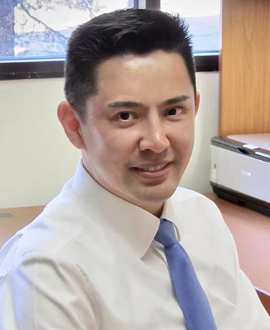 My early work focuses on chromatin biology, mainly on the biological role of histones and the molecular mechanisms of chromatin remodeling. My current efforts focus on building two new areas in actin biology, one is one nuclear action, the other on the Actin Code.

Dr. Xuetong (Snow) Shen received his BS in Biophysics from Peking University in 1991. He received his MS degree in Molecular Biology in 1993 and PHD degree in Molecular and Cell Biology in 1996 from University of Rochester. From 1996 to 2002, he completed postdoctoral training at the National Cancer Institute, National Institutes of Health. Dr. Shen became a Principal Investigator at the MD Anderson Cancer Center in 2002, and was tenured in 2007.

Dr. Shen’s scientific career is distinguished by original science of fundamental importance. He was one of the major leaders in the revolution of chromatin biology and epigenetics. As a PhD student, his research showed that linker histones play sophisticated regulatory roles in transcription (Cell 1995 and Cell 1996). These findings contributed to a paradigm shift on histones and forecasted the “Chromatin Revolution”. During postdoctoral training, Dr. Shen discovered a new class of chromatin remodeling complexes and solved several major problems in the chromatin field (Nature 2000, Science 2003, Science 2004). As an independent PI from 2002, Dr. Shen’s lab pioneered in linking chromatin to DNA damage response, and developed an intellectual framework for chromatin-based DNA repair, which subsequently helped open up a new field to study DNA damage response from a chromatin viewpoint (Cell 2004, Cell 2007, Nature Structural & Molecular Biology 2010, Genes & Development 2015, Molecular Cell 2015).

Dr. Shen has published more than 10 articles in Cell, Science, and Nature, and is known for his landmark contributions to several areas of biology. Over the past two decades, Dr. Shen continued to innovate beyond chromatin biology, and has opened up two new major research directions. In the first direction, Dr. Shen will establish nuclear actin biology, which will rival classic cytoplasmic actin biology. In the second direction, Dr. Shen will establish Actin Code, similar to the establishment of the Histone Code. Given the evolutionary conservation and fundamental importance of actin, Dr. Shen’s new research directions will have major implications to both basic science and medicine.

1995 Cell Linker histones are not essential and affect chromatin condensation in vivo.